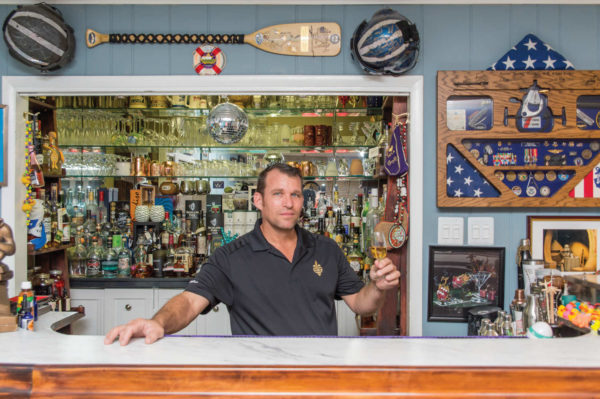 The Top Taco Festival & Agave Week return this year March 10-14, and Aaron Nachlas, producer of the Top Tequila & Mezcal Competition and Agave Week Event Consultant, says there’s a lot to look forward to this year. “When Shane Finkelstein first told me about his idea for Agave Week, I thought it had a lot of potential to be an amazing festival for the city,” he says. “I saw it as an avenue to educate people and elevate the knowledge and enjoyment of the agave spirits in the city. Tequila and mezcal are currently hitting a renaissance in the States, moving from a shot with salt and lime chaser to a legitimate sipping spirit. I wanted to be part of that growth for New Orleans.”

During last year’s Agave Week, Nachlas most enjoyed the guided judging portion of the Top Tequila competition. In a way to remove unconscious bias, while giving the judges the knowledge they needed in order to made educated decisions, Nachlas decided to incorporate a training element. “All of my People’s Choice Judges were paired up with my Industry Judges, and they were instructed on the nuances and subtleties of judging,” he says. “And while that was happening, we conducted a walkthrough for everyone in attendance on how to not just taste, but to truly evaluate the spirit on all its characteristics. It was a very cool thing to see people enjoy themselves as they built their knowledge and gained a deeper appreciation for the process.”

This year, Nachlas is leading the Top Tequila & Mezcal Competition and Guided Judging again, but with a few adjustments. The competition will now take place over the course of two days, and judges will explore the flavor profiles of different expressions, discuss palate cleansers and taste fatigue, and sample some agave spirits and cocktails. “Anyone interested in expanding their palate and elevating their tequila game should definitely sign up to be a People’s Choice Judge on the website, or at least come to the finals on Tuesday,” he says.

New this year, the Ace Hotel is serving as the home base for Agave Week with most of the events taking place at the hip hotel. Agave Week also will have an expanded event schedule, primarily with additional seminars and panel discussions. “Last year we found we are able to bring some real powerhouses in the industry to the stage, and our goal this year is to ensure they have the time they deserve,” he says.

Highlights of this year’s Agave Week are almost too many to mention, but Nachlas says Luche Libre — a night of wrestling with some of the world’s best luchadores — will be a night to remember. El Tesoro’s “A Night in Paradiso,” which is an exploration of the five senses, is another anticipated event. “The daytime events are just as cool,” he says. “We are having fun things like the Don Julio Scavenger Hunt, state-of-the-industry events, such as the Sustainability Panel, and educational events like the CRT Certification Class.”

However, the portion that Nachlas is most excited about is the increased mezcal footprint this year. He is an admitted fan of the sweet, smoky, richness of a good mezcal, and this year, there will be an entire night dedicated to it. “Del Maguey will be hosting a tasting of some of their single village rare bottles; Buchanan’s Scotch & El Buho are partnering for a Scotch Lovers Guide to Mezcal; and the main event will be Mezcalicious, where Trixie Minx and her ensemble will be performing, while top flight mezcals and our signature mezcal cocktail will be available to enjoy,” he says.

Overall, Agave Week is special because it’s the only multi-day event of its kind in New Orleans that is purely dedicated to elevating the knowledge and appreciation of the agave spirits. Agave Week’s flagship event, Top Taco, had about 4,500 attendees last year with another 700 attendees at other events. This year, tickets for Top Taco will be capped at about 4,000 and Nachlas anticipates nearly 1,000 attendees for the supplemental events.

As for Nachlas, his love of cocktails came about from two different sources: from attending Tales of Cocktail over the years and from making signature cocktails for his friends at his expansive home bar. Of the nearly 350 bottles in his collection, close to one quarter of them come from the agave plant. When it comes to tequila, he has lately been getting into cristalinos, especially the Don Julio 70. “A cristalino is an aged tequila that has been filtered, so it has the depth of an Anjeo with the crispness of a blanco,” he says. “Ocho Reposado is my hip flask tequila; El Mayor Extra Anejo when I am sitting down for a serious drink; and I love the Maestro Dobel Humito, which is a smoked silver tequila.” And in terms of mezcal, he is partial to Yuu Baal, Peloton de la Muerte and Del Maguey. “I like the Del Maguey line in particular, as each of their expressions [represents] the village where it was produced,” he adds. “Their Chichicapa is something I can sip on all day long.”

His favorite way to enjoy mezcal is neat, in a fresh, not too sweet margarita, or in cocktails where it is normally not found. That’s the basis for the drinks he has created for Agave Week. This year, look for the Border Bramble (made with fresh blackberries); the S&S Capulín (a mezcal cherry cocktail with a bit of habanero heat); and Ramona’s Gin Fizz (a tequila twist on a New Orleans classic). “The foam on that last one is probably one of my favorite flavors of any drink I have made for Agave Week,” Nachlas says.

If he could have a drink with anyone past or present, he says it would have to be his grandfather, Oscar. “He was born in 1900; lived through WWI and the Great Depression; worked as a political cartoonist with Walt Disney before the days of Mickey Mouse; was a Marine in the 30s; a White House photographer for FDR in the 40s; and just had one of those lives you love to read about,” Nachlas says. “Unfortunately, he passed away when I was a kid, so I was too young to really appreciate having someone like that in my life. I would love having him at my bar, sipping on some Irish whiskey, and listening to his stories.” nolaagaveweek.com, toptaconola.com