A Salute to Philanthropy

During the last year, the city of New Orleans has experienced widespread loss. But without the help of those in the community, New Orleans might still feel like they have lost everything. There are some great leaders in this city that have stepped up to the great challenges that this city has faced since Hurricane Katrina by raising money for people in the community who need it the most.

New Orleans Living decided to honor six of the most inspirational people in the city who have made a difference this year at our “Salute to Philanthropy Luncheon” held at the brand new Harrah’s Hotel on November 17. We presented each recipient with an award honoring their commitment to the people of New Orleans and the money they have raised for those in need. We feel privileged to honor these leaders of New Orleans philanthropy and we look forward to seeing many more great things from them in the future. 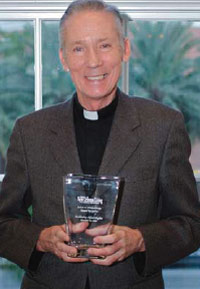 The Catholic Charities Archdiocese of New Orleans is one of the largest providers of health and human service in the Gulf South. They are a not-for-profit agency made up of 38 programs that serve the poor and vulnerable population of the New Orleans community, regardless of religion, race, color, or economic status.

As co-chairman on the Catholic Charities board of directors, Archbishop Alfred Hughes has been one of the forerunners of the organization after Hurricane Katrina, assisting the community with over $4.3 million in donations, over 56 million pounds of food distributed to Second Harvest Food Bank of Greater New Orleans and Acadiana, 3,072 patients treated by their mobile medical van, and much, much more.

In the devastating wake of Hurricane Katrina, the focus of Catholic Charities services has changed to fit the evolving needs of the New Orleans community and are now serving more people than ever.

To date, Catholic Charities programs have served 700,000 Southeast Louisiana residents and we thank them and Archbishop Hughes for their dedication to our community. 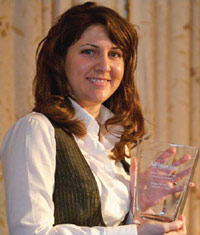 As Executive Vice President of the New Orleans Saints, Rita Benson LeBlanc has helped the Saints take a leading role in the rebuilding and recovery of the Gulf South. Rita, with her grandfather, Saints owner Tom Benson and the rest of the Benson family initiated the New Orleans Saints Hurricane Katrina Relief Fund to provide aid to the thousands of people who have lost loved ones and their homes in the wake of the storm.

To date, the fund has raised nearly one million dollars from both corporate and personal donations. Under Rita Benson Leblanc, the New Orleans Saints have also awarded more than $1.2 million to high school football programs affected by Hurricanes Katrina and Rita through the NFL Youth Football Fund.

On September 19, 2006, Rita and the New Orleans Saints and the staff of the NFL Youth Education Town reopened the neighborhood educational facility on Broad Street. The Saints donated $100,000 to help rebuild the facility, which features a state-of-the-art game room, computer hub center and children’s library.

Rita Benson LeBlanc and the Saints were there to bring Monday Night Football back to New Orleans with the re-opening of the Superdome and showed the world that New Orleans is open for business. 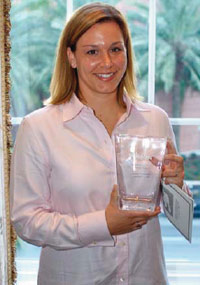 Deuce McAllister’s Catch 22 Foundation is dedicated to enhancing the lives of underprivileged youth and adolescents in the Gulf South through the establishment of positive role models in their lives, providing unique opportunities for them to experience, and a financial commitment to making a difference.

To date, Deuce McAllister and his Catch 22 Foundation have donated over one million dollars between Mississippi and Louisiana. Twice a month, Catch 22 sponsors an outing for local youth known as ‘Deucedays’ that include museum tours, sporting events, bowling, and swamp tours chaperoned by local university athletes.

This holiday season will mark the fifth anniversary of Shopping With Deuce, a $100.00 shopping spree adventure with a Saints player for local kids. McAllister and Catch 22 show no signs of stopping anytime soon. 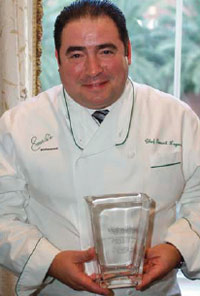 In the Spring of 2002, the Emeril Lagasse Foundation was established through the realization of Chef Emeril’s dream to improve the quality of children’s lives. The Foundation combines the energy and passion of Chef Emeril, along with that of his many friends and partners, in order to have greater impact on the communities where Emeril’s restaurants operate, including New Orleans.

With support from corporate and individual donations, as well as their yearly special events and partnerships, the Emeril Lagasse Foundation embraces a unique opportunity to grant funds to children’s organizations that have a culinary and/or educational component.

This October, the Foundation’s second annual Carnivale Du Vin dinner raised an astonishing $2.5 million to benefit children in New Orleans. We are sure we will be seeing great things in the future from Chef Emeril and his foundation and we thank him for his numerous contributions to this great city of New Orleans. 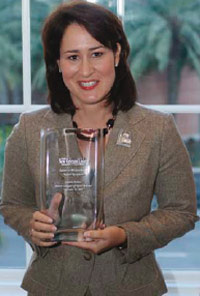 Many of the Gulf South’s most effective and enduring organizations were originated and developed by the Junior League under the direction of President Laura Politz, including the Louisiana Nature and Science Center, the Parenting Center at Children’s Hospital, and the Preservation Resource Center.

As President, Laura Politz has been involved in the community and giving back, especially since Hurricane Katrina. Politz and the Junior League of New Orleans will continue to shine for years to come. 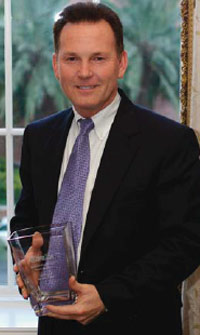 In 2003, Jim Bridger and the Public Belt Railroad purchased and renovated the ‘City of New Orleans’ rail car and began allowing charities and organizations to use it as an auction item at their events and galas.

Since then, the rail car has raised over $400,000, with the largest fundraiser being the Louisiana Cancer Research Consortium, raising $100,000 alone. Other organizations that have been involved with raising money with the rail car include Catholic Charities, the Junior League, Covenant House, Meals on Wheels, Make a Wish, and the Human Rights Campaign.

Without the help and generosity of Jim Bridger and the Public Belt Railroad, none of this could have been possible.

863
previous To raise or not to raise?
next PERFECT 'MEMORY'