Scott Veazey is hardwired to make things beautiful. An aesthetician by trade and renovator by avocation, he enhances faces and facades with equal aplomb. Using a sable makeup brush on one and paint remover on the other, he polishes, paints and peels off, making both live up to their full potential. 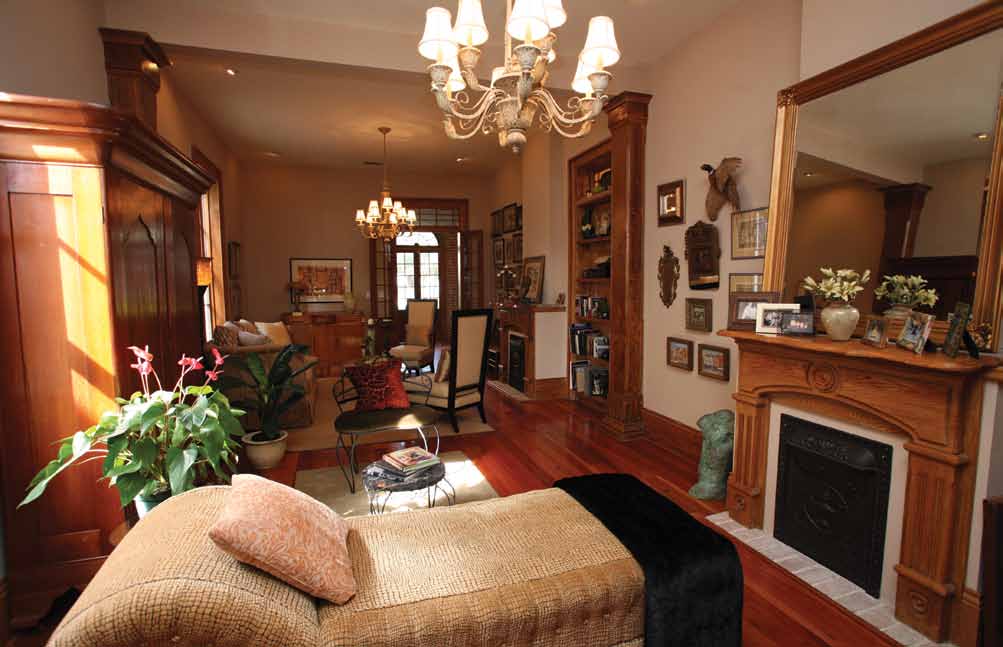 In the last decade, he has restored, reconfigured and resurrected more than 44 homes in the Treme and Bayou St. John areas. He originally bought the 1828 Creole cottage in a quiet corner of Treme as a rental property. But after working on the house for a year and a half with architect Douglas C. Mayo, he decided to make it his residence. “It turned out to be just what I wanted; the neighborhood is historic and welcomes people who love to restore these houses.”

The cottage and its dependency (originally called the slave quarters) were built by a Terence Cousin, a brick maker by trade. Cousin’s brother Francois built a near-identical house next door. Midway into Veazey’s renovation, Francois’ home became available. Needless to say, Veazey jumped at the opportunity. Today there is a gate, brick walkway and landscaping to connect both houses, a much-used patio and the dependencies that are converted into apartment rentals. 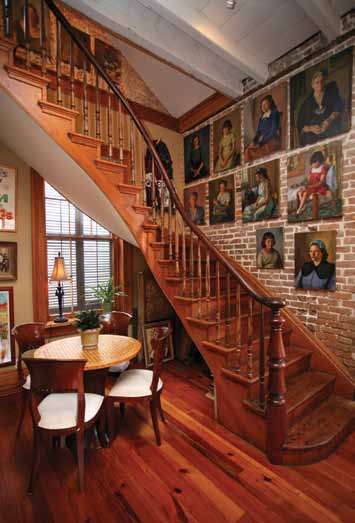 Because a brick maker built the home, Veazey has chosen to leave the original brick exposed in many of the rooms; other walls are plastered or Sheetrocked. “The property was vacant for some 20 years before I purchased it,” said Veazey. “I wanted the house to look almost raw and as authentic as one could get with so little of the original foundation still intact. I hit the jackpot when Addco, an architectural fragments and details company, went out of business. I bought mantels, door frames, a good deal of the old milled pine flooring as well as fan lights for above the French doors. Interestingly the fan lights fit exactly into the space, which is very uncommon … we think it may have been original in the house.

“What is original is the newel post at the foot of the staircase leading to the second floor. As I was looking for one and mentioned the address of the house, the fellow checked his records and found that the one he had actually came from that address! Seems as though everything wanted to come back home.”

As evidenced throughout the house, Veazey loves old wood, double-hung windows and 12-foot ceilings. When upgrading the house, he found a way to put central air-conditioning grates into the ceiling. “I only lost six inches that way,” he said proudly. “I worked with Bill Boesch on the kitchen. All the cabinets are of old cypress. Upstairs, I left all the beams exposed, which gives the small space a more expansive feeling.” Somewhat of a master in the use of space, he framed out areas around dormer windows to allow light and focal points; in a

hallway, he cut in a niche for a washer-dryer. “I have learned how to use every drop of space without creating cookie-cutter homes. Each old house has some sort of treasure hidden beneath its walls, floors and around its corners that makes it worth the work of renovating.”

The biggest treasure trove Veazey came to discover was a cache of several hundred paintings and watercolors by Martha Ambrose, a well-known artist whose works from the 1940s are being chronicled in a book by author Roulhac Toledano. “I was bowled over when I opened this one room and here were all these paintings, portraits, sketches. I had many restored; as you can see they fill the house, and there are more!” says Veazey. “Priscilla Lawrence of the Historic New Orleans Collection has been here to look at them. It’s quite exciting and unusual

to have so many in one collection by one artist. Luckily, none of these exquisite works of art were damaged during Katrina.”

Veazey has been recognized for several of his historic home transformations, including a coveted award from the Historic District Landmarks Commission for his work on both Treme buildings that together create one truly gracious compound.