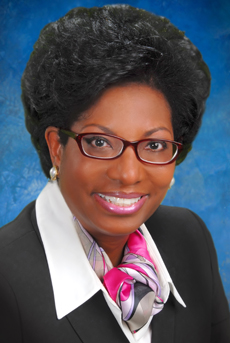 Janis Lemle has a message for New Orleans homeowners: That millage for the property tax bill that’s due by the end of the month could be cut in half.
Yes, that’s right, in half.
But that can only happen on one condition: If all properties in the city are accurately assessed at fair market value.
“Our millage could easily be cut in half,” says Lemle, who is running for the newly created position of citywide assessor. “I shouldn’t say ‘easily,’ because it requires a lot of work. It requires actually reassessing all the parcels in Orleans Parish and assessing them fairly.” That’s a tall order for a city whose property tax assessments have been fragmented and, by most accounts, wildly inconsistent for decades. It’s not unusual to find similar homes next door to one another in the same condition with assessments that vary by $100,000.
But Lemle says the city’s lack of uniformity in assessments is costing everyone because it forces the city to keep millage rates unnecessarily high. “I think in most cases properties are under-assessed,” she says. “When properties are under-assessed, everybody else has a heavier tax burden than they should have.”
Lemle is currently chief deputy to 6th District assessor Nancy Marshall, the reform candidate who ran on the “I Quit” ticket in 2006. Marshall was the only one elected of the seven who ran on the pledge to quit the job and support efforts to create a single assessor system. Later the same year, residents voted to abolish the seven-assessor system in favor of a citywide assessor, who will take office on December 31, 2010.
Lemle is running against 2nd District assessor Claude Mauberret, 3rd District assessor Erroll Williams and Andrew Gressett. Mauberret’s district includes the French Quarter, Treme and parts of Mid-City and Lakeview, while Williams represents most of eastern New Orleans. The primary is February 6, and the runoff, if necessary, will be held on March 6. Lemle worked with Marshall as a partner at law firm Deutsch, Kerrigan & Stiles for 10 years before joining her in the 6th District Assessor’s Office. She graduated from Loyola University School of Law in 1990.
Lemle says she first took an interest in the assessor’s post after Hurricane Katrina when she helped family members get the necessary building permits and legal documents to rebuild their storm-damaged homes. She frequently went to City Hall for building permits and damage assessments that were often tied to the property’s pre-storm value. These values seldom matched the city’s assessment.
“I was able to see the assessments in all the different districts, and a lot of them were just way low. They were not assessed for decades,” she says. “If the assessors were not assessing property, then what are they doing?”
Lemle is running her campaign on a pledge to reform the city’s property rolls by accurately assessing commercial and residential property. She supports citywide reassessments every four years so that property owners can anticipate their tax burden and won’t get socked with a huge tax increase. During the last reassessment, in 2008, many were floored to see their assessments jump by as much as 300 percent because the assessor hadn’t changed the assessment in decades.
“That’s too much of a shock, and it is unfair to people,” Lemle says.
If elected, she pledges to bring more transparency to the city’s tax rolls by allowing property owners to see more information online about their assessments in a timely manner. She says the current Web site for the Board of Assessors isn’t updated as often as records change, so she would make the system more user-friendly. She would support having separate certified appraisers for residential, commercial and industrial properties so that experts would be aware of how each should be valued in different sections of the city.
“My vision of a one-assessor office goes well beyond what we’re really capable of doing in the individual [districts],” she says.
She also says she would improve customer service. As a resident, she often struggled to find the help she needed from some of the district offices. “It was just very difficult dealing with assessor’s offices, and I never really understood why,” she says. “I think there needs to be better customer service, better responsiveness and information should be given freely.”
Keeping things transparent will be key to making reforms that everyone can support, she says, especially for those nervous that a single assessor will give one elected official too much political power.
“Knowledge is the most powerful thing,” she says. “As assessor, I will not be afraid to show the citizens of New Orleans what I’m doing.”
160
previous Model Trader
next GNO, Inc.