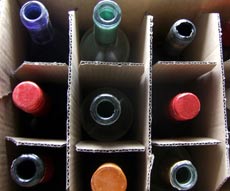 In the mid-1980s, various wine- and food-loving locals who attended food-related festivals in other parts of the country pondered the idea of developing a New Orleans version. It took about a decade to eventually unite a team of like-minded folks who joined forces with one common goal: to create one of the top wine and food events in the country. The initial group, composed of restaurateurs, wine aficionados, hoteliers, wine distributors and marketing gurus, recognized that New Orleans, being the top food city in the country and a place renowned for its uncanny ability to party nonstop, was lacking an event that shined the spotlight on our incredibly talented chefs and our unique cuisine paired with fine wines from around the world. Thus the New Orleans Wine & Food Experience was born.

Originally held during the sweltering summertime months to help stimulate tourism and attract locals downtown, NOWFE made its debut in 1992 at the Sheraton Hotel and consisted of grand tastings, seminars, wine dinners and the distinctly New Orleans Royal Street Stroll. Led by an enthusiastic and dedicated board, which promoted NOWFE mainly through grassroots marketing efforts, the debut event did not attract the crowd that its founders had hoped. However, the group knew that they had a winning idea and thankfully they persevered.

Since its inception, NOWFE has continued to thrive. The event has been expanded and attendance shows no sign of slowing down as more and more wineries, vendors and restaurants are featured and the event draws national media attention. Today, the festival is recognized across the United States as one of the leading wine and food events in the country and is particularly revered for it’s plethora of top-quality cuisine and the wine-in-hand gallery hop called the Royal Street Stroll (it usually sells out, so get your tickets early). NOWFE, which is held annually the week before Memorial Day and takes place this year from May 26 to 30, has solidified its place as the must-attend event for all wine fans and foodies.

Five full days of sipping and savoring more than 1,000 wines and culinary creations from nearly 100 restaurants can be rather overwhelming, even for New Orleanians who are astonishingly adept at imbibing and, let’s face it, partying like rock stars! So how can one approach this daunting spirit-filled task, push through palate fatigue and remain coherent, upright and eager to do it all over again the following day?

I understand firsthand just how easy it is to get caught up in the moment. You enter the Superdome on day one of the Grand Tasting. The undeniably distinct and mouth-watering aroma of fermented grapes melded with whiffs of browning butter, fresh herbs and roasted garlic are enough to have you salivating like Pavlov’s dog! You rush from wine station to station swirling, sniffing and sipping like it’s the day before lent and wine is your sacrifice of choice. Burgundies, bubbles, barolos, oh my. You zip back and forth from red to white to rosé to sparkling, all the while making a concerted effort to rinse your glass between tastes as not to create some less than palatable, oddly colored cuvée. At table D-3, lump crab cakes with white remoulade sauce call your name; you’re drawn to the braised short ribs over jímaca and blue cheese slaw; and you can’t resist seared foie gras with Bing cherry gastrique on toast points. You have officially entered taste bud utopia!

But approximately 90 minutes into the three-hour extravaganza, palate fatigue sets in and you can barely distinguish pinot grigio from pinot noir. A war is being waged inside your stomach between the triple-chocolate flourless torte with raspberry sabayon and the braised pork belly topped with quail egg and hollandaise. You’ve barely reached the 50-yard line, it’s only second down and you’re begging the coach to send in the second string. Soon, defeat will be realized and you’ll have tossed in the towel. However, with a plan of action, team effort and proper pacing, you can emerge victorious in the ultimate Super Bowl sampling by following these simple suggestions.

Before you enter the Grand Tasting, visit nowfe.com for a list of participating wineries (all 175-plus of them) and featured restaurants. Map out the wine stations and restaurants that most interest you, be it an all-time favorite that you simply can’t pass up, something unfamiliar that sounds irresistibly intriguing or a wine/eatery that’s been receiving rave reviews and you must experience. Using this method, you won’t feel compelled to visit every table, but only those deemed a priority. That’s not to say that something won’t cause you to veer off-course (don’t be too rigid or you may miss out on an unexpected gem), but with 1,000 wines being poured and about 50 restaurants featured each day, seeking out what most piques your interest is fundamental. Personally, I prefer to start the evening with bubbles, then move to white wines and ultimately graduate to reds in order to keep my palate at its peak. This method does require patience and proper pacing, which leads to step two.

Temptation is everywhere and your senses will be working in overdrive! It’s quite common to get caught up in the moment, mesmerized by a pontificating and charming winemaker or chef and spend a quarter of the game not gaining a yard. Yes, you’re there to become educated, to explore the unknown and to socialize, but the clock is ticking. Try not to linger too long in one place or get drawn into a situation that you can’t readily escape or else you may just end up shy of a first down.

Having a sampling partner, trio or quartet is an ideal way to experience as much as possible, but in moderation. This “divide and conquer” sampling system not only allows you to enjoy infinitely more options, but it also makes the best use of your time. Send your tasting mate to get one portion of food while you seek out the perfect wine to accompany it. By team tasting you can limit your intake, allow for additional sampling opportunities and cut your waiting time in half. Be sure to agree upon a designated meeting place, so you don’t get lost among the sea of frenzied tasters.

Step 4: Stop and Smell the Rosés

I know, I know … time is your greatest enemy, and with only three hours and a bounty of wine and food beckoning you, it’s easy to go full throttle and kick into overdrive. But remember a tasting experience (much like life in general) is not a race. There is no gold medal at the end for the person who reaches the finish line first. A comfortable, steady pace will assure you a greater appreciation for the fine wines and culinary delights you’ll encounter. As stated in step two, don’t linger indefinitely in any one place, but by the same token downing a bowl of shrimp bisque and shooting a glass of viognier will surely dilute the pleasure.

Step 5: Remember to Rest and Hydrate

Sometimes sitting on the sidelines is a good thing. Give your palate a much-deserved break, and remember to drink lots of water between sips and bites. Not only will your taste buds feel refreshed and renewed, but so will your body and mind.

For a complete schedule of events and tickets, visit nowfe.com.

280
previous The Light Stuff
next Lay Off the Bottle