All About Vitamin D

It is more important than you may think. 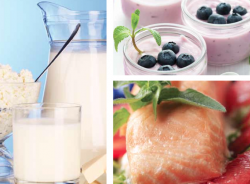 Everyone is talking about vitamin D – and it is with good reason. The first thing that may come to mind is bone health. “If you do not have enough vitamin D, you will not absorb calcium and you need vitamin D and calcium for the bones to grow and remain strong when you are an adult and especially when women go through menopause,” says Dr. Tina Thethi, endocrinologist at Tulane Medical Center in New Orleans. When women go through menopause, they lose bone and so do men with age.

Vitamin D is also important for muscles. “If you do not have enough vitamin D, you can have muscle weakness,” says Thethi. Though it doesn’t solve every medical problem in the book, she says, vitamin D is an essential key to wellness.

“It can play a role to increase your immune system and help regulate cell growth,” says Rebecca Lee, dietician at East Jefferson General Hospital in Metairie.

Thethi says research is forming possible links between vitamin D and other medical conditions but the verdict is still out. “A lot of research has been done on the association of vitamin D with cancers, blood pressure, heart health and diabetes but the studies are mixed,” says Thethi.

Though most of the attention on vitamin D today is positive, more attention in the past was on vitamin D deficiency. “Vitamin D deficiency was first noticed when people had rickets, which can occur in children and they noticed they were having bone deformation secondary to vitamin D deficiency, which is now rare,” says Dr. Meredith Maxwell, family medicine physician at Touro Infirmary Hospital in New Orleans. As a result of people making an effort to eat fortified foods and spend time outdoors, doctors are seeing fewer cases. “Usually you see the deficiency in the adolescents and elderly who have increased risk of fractures and falls because it has to do with calcium intake, bone homeostasis and growth and making sure the bones are healthy,” says Maxwell.

Our body makes vitamin D when we are exposed to the sun. While you may think we get sufficient sunlight in New Orleans, other factors may interfere with getting adequate vitamin D levels. The darker the skin tone someone has, the less they may absorb the light to make vitamin D. People are cautious about sun exposure because they want to prevent skin cancer. You may also wear skin products with a sun protection factor, which may actually block the sun’s rays so you cannot make enough vitamin D. “It could also be affected by the air quality,” says Lee. In other words, going outside to get your daily dose of vitamin D is not as easy as it seems.

Since you can control what you eat, it is important to make wise choices. “Foods that are high in vitamin D include fatty fish like salmon, tuna and mackerel, which are also considered heart healthy because they are high in omega-3s,” Lee says. Other good sources include cod liver oil, fortified orange juice, yogurt, milk, fortified margarine and eggs, and sardines contain a small amount.

If there is a medical or personal reason you may not be getting enough vitamin D, be sure to talk it over with your doctor. “If you are a vegetarian, allergic to milk or have lactose intolerance, you may have to have a supplement to get enough vitamin D because you do not want excessive sun exposure to avoid getting skin cancer,” Lee says.

Keep in mind that some people are considered at risk for vitamin D deficiency. “If you have fat malabsorption, if you have had gastric bypass surgery, if you have had limited sun exposure or if you are an older adult who spends a lot of time indoors, you may not be getting enough vitamin D,” says Lee. Lee says parents should keep a watchful eye on little ones as well.  “Breastfeeding infants need to be supplemented with vitamin D because there is not a whole lot in breast milk.”

People with Crohn’s disease, cystic fibrosis or celiac disease should also pay close attention. “The common people you need to watch out for since it is not a routine screen are institutionalized people or individuals in jails, dark-skinned individuals, people on medications like the seizure medication Dilantin, obese people, pregnant women, people with inflammatory bowel disease and women above 70 who do not consume a lot of vitamin D,” says Maxwell.

Remember that all of the organs matter in the case of vitamin D.  “Vitamin D goes through a couple of steps; it goes to the liver and then the kidneys to get to its active form and if you have a problem with the liver or kidneys, it can lead to vitamin D deficiency,” says Maxwell. Since the vitamin D blood test is not routine, you may choose to get a Dexa scan to begin with, which is a bone scan that determines bone density.

It is a good idea to know where you stand. “I personally like to check women before they go into menopause or if they are postmenopausal because you want the bones to be prepared,” says Thethi. Don’t assume you have a vitamin D shortage and turn to an over-the-counter product, as you may be compromising your health. “People need to be aware that if you take too much vitamin D you can have hypercalcemia, or a very high calcium level, so too much is not good.”

If you are informed prior to going to the doctor’s office, you will understand how to interpret the results. “Vitamin D deficiency is if you have levels less than 15; between 15 and 30 is what we call vitamin D insufficiency and more than 30 levels are normal,” says Thethi.

People usually aren’t aware of low vitamin D levels, because symptoms do not appear until it is severe. “You could have musculoskeletal pain if it is bad, muscle weakness and cancer is also linked to low vitamin D levels,” says Maxwell. People will often have what is called a subclinical vitamin D deficiency, like osteoporosis, which gives them an increased risk for falls and fractures. It can help to do weight-bearing exercises.

Your doctor should be aware of all medications you are taking in case the supplement would interact. “Currently the recommendations that have come out are that for adults, the upper limit of normal for safe levels is anywhere from 4,000 international units,” says Thethi. There are two forms that should be watched. “Vitamin D3 is better used by the body than vitamin D2 but they both will bring your vitamin D level up; vitamin D3 is what we make from the sunlight and ultraviolet radiation and vitamin D2 and D3 are what we get from our food intake.”

Vitamin D matters starting at an early age because children’s bones are growing. “The take-home message should be that regardless of your age group, it is important to talk to your doctor about vitamin D and calcium and not be in the mindset of thinking that vitamin D and calcium are just for osteoporosis and bones,” says Thethi.

Even if you don’t think having that conversation is important, doing so may have a positive impact on your health. Says Thethi, “It is something that can be silent, and you may not necessarily have any symptoms with vitamin D.”