On December 8, the Mahalia Jackson Theater will host Ballet Hispanico 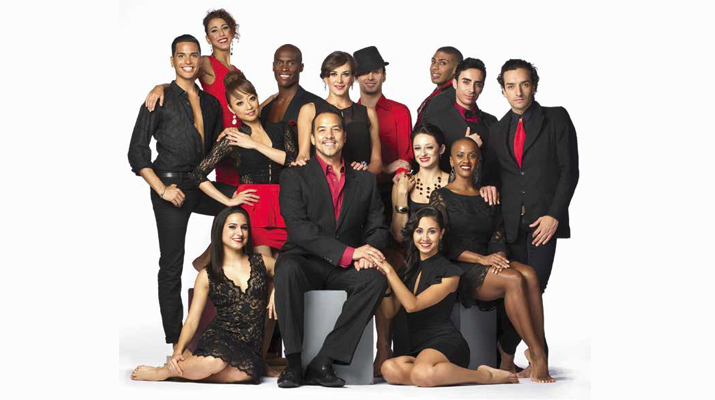 . The dance company, founded 42 years ago by Tina Ramirez, is the oldest in the country devoted to exploring the diversity of Latin culture. The upcoming show includes a tribute to Tito Puente, a number featuring the work of Celia Cruz and a finale, Club Havana, which highlights Cuban dancing.  Accompanying the troupe is its longtime collaborator, the Afro Latin Jazz Orchestra. There will also be public dance performances at various locations on December 5 and 6, featuring members of the company and local dance students; workshops for metropolitan-area students December 5-7; a Latin Dance Party on December 7 and a master class on December 8.

Eduardo Vilaro started out as a dancer with the company in 1985, and in 2009 returned from Chicago, where he headed Luna Negra Dance Theater, to serve as artistic director when Tina Ramirez retired. I recently spoke by phone with Vilaro about the company and its upcoming show in New Orleans.

Ballet Hispanico is the oldest dance company of its kind.

It was started to give voice to Latino artists, so we’d have a voice at the table instead of being stereotyped in the work we did.

How has the mission evolved as the position of Latinos in this country and their ability to have a voice has improved?

Certainly the demographic shift is huge. Instead of fighting for the voice, we have the voice. We understand where our place is, and now we have to be leaders [in the cultural community].

I’m impressed with the educational outreach your company does.

If you’re an artist, you’re an educator. There’s no way around it because you’re sharing and expressing your love for the art. Tina, the founder, started this company after she started the Ballet Hispanico School of Dance. Education has always been part of the fabric. Many students are on scholarship because we really try to serve the underserved. Also, we have students who might not look like your typical ballerinas but who have the dream and the drive. We also have teaching artists going into the schools and developing tailor-made workshops.

You’ll be working with students in New Orleans?

We’ve already been working with them. This summer, I sent three dancers to the NOBA summer intensive and they taught choreography and technique. Recently, I sent the rehearsal director to teach some of those students actual sections from our repertory.  They’ll be performing with us at some of the community events happening in the city.

Ballet Hispanico first performed in New Orleans in 1992. You started out as a dancer      there in 1985. Were you with the company when it visited New Orleans?

I was and I loved it. New Orleans has a very special place in my heart . . . I’m Cuban and [New Orleans] has a special Cuban feel with the music and culture. Every time I go there I feel very much at home. Also, I love the relationship we’ve built with New Orleans Ballet Association. It is so dedicated to children. It is a perfect marriage between the two organizations because so are we.

Sometimes it feels very surreal. I know the company at its very core, as a dancer. As someone who’s so dedicated to the founder’s vision, coming back, [my question is] how do we move that vision even further? It’s a huge task, but there are exciting challenges and brilliant opportunities available to us. Who we are as Latino representatives is going to be important to all communities who work with us.

Tell me about your collaboration with the Afro Latin Jazz Orchestra.

We’ve worked with them for quite some time. [Artistic director] Arturo O’Farrill is a wonderful artist and collaborator, so it’s great that we’re able to bring him and them along with us . . .We are dedicated to having live music at our performances. In Latin America, every song has a dance, every dance has a song. It’s a marriage that’s very important.

What can audiences expect from your show?

I love and hate using this word, but there’s a lot of passion. It’s subtle and up front.  There’s a lot of athleticism in the movement because there are a lot of interesting choreographers using new vocabularies to express Latino identity and traditions. So there’s a lot of wonderful experimentation in that sense. Everyone will find something in here because it’s an interesting program with live music and ranges from the very traditional feel to something that’s more contemporary.