March Arts: Two Performances Not to Be Missed

Two time Tony winner Sutton Foster is performing in New Orleans on March 2 as part of the Broadway at NOCCA series featured in the February issue of this magazine. Recently, I conversed with the multi-talented star. 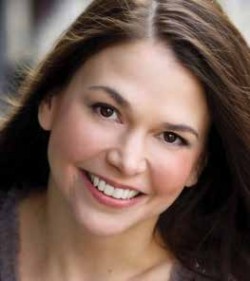 BH: What drew you to this project?

SF: I have performed in New Orleans several times before with touring road companies like “Will Rogers Follies,” “Grease” and “Les Miserables.” I absolutely love New Orleans and have been wanting to come back. And I love Seth Rudetsky.

SF: Seth is a master and a hilarious one. You never know what’s going to happen around him, what he’s going to say or ask you to do. It’ll be an unexpected evening: spontaneous and probably a walk down memory lane.

BH: How do you bring a song to life in concert?

SF: I like approaching material through myself. Often, when I work with young musical theatre performers, I tell them to make each song relatable to them. You don’t have to be a “princess locked in a tower” to know what it’s like to wait for something for a long time. How can we personalize songs to make them more genuine and authentic? When selecting material, I really pay attention to the lyrics and to songs that resonate with me personally. It’s also fun to deconstruct a song, to take away the costumes and the stage lights. Redefine it, so to speak.

BH: You’ve got such a diverse career: the hit “Bunheads” on ABC Family, a streak of Broadway and Off Broadway successes and a thriving concert career. How do you balance it all?

SF: Sometimes I get very overwhelmed … but I absolutely love all of it. I love to work. I love to create. One of my favorite phrases is “I have an idea.” I’m not one to ever sit idle. I love to keep moving forward. I hope to be able to work for a long time.

For more information about the Broadway at NOCCA series, visit www.nolabroadway.com

In 2011, the Old U.S. Mint—the only mint in the country to produce both Confederate and American coins it its operational history, and now part of the Louisiana State Museum (LSM)—has opened a performance space on its third floor. On March 22, legendary local Deacon John and his band the Ivories will make their first appearance at the space.

I interviewed Jason Strada, Chief Administrative Officer of Friends of the Cabildo (which provides financial and volunteer support to LSM), about the Mint and the upcoming concert. 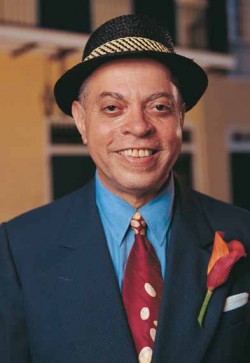 BH: What does the Mint contain?

JS: It’s a museum, research center, collections facility, exhibition space and, now, a performance space. The latter is a joint partnership between the LSM and National Park Service. The Louisiana Historical Center is at the Mint as well.

BH: What activities take place in the performance space?

JS: The Jazz Historical Park hosts its concerts during the day and the LSM holds events at night. The LSM is responsible for recording and preserving the shows in the music archives, which is a goal of the Mint. Friends of the Cabildo uses the space for lectures, concerts and our annual board meeting.

BH: Why did you select Deacon John for this fundraiser?

JS: When we were selling tickets for Allen Toussaint’s concert in December, the biggest request for our next concert was Deacon, so Greg Lambousy (Director of Collections) and I worked out a deal. We are already 75% full [as of mid-February].

For information about the Deacon John concert, visit www.friendsofthecabildo.org/events-calendar/

For more information about the Mint and other upcoming events, visit www.crt.state.la.us/museum/properties/usmint/