When it rains, the delight is far too brief, but when there is a drought, it seems to last forever. 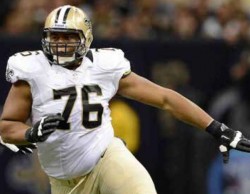 Saints fans have become accustomed to seasons of plenty, replete with Drew Brees dropping touchdowns like manna raining down upon receivers and backs. Accolades and accomplishments have peppered Colston, Moore, Graham, Sproles, Thomas, Ingram and the bulwark of linemen who have plowed the way ahead.

But the bounty has masked the long-lasting fallow ground that has been the defense for what seems like a full epoch in football years. There has been one Saints defensive back, Darren Sharper, in 2009 in the twilight of his career, to earn a first team All-Pro recognition, though perhaps Dave Whitsell, Tommy Myers and Dave Waymer had been deserving in years past. Altogether, Saints defensive backs have garnered ten Pro Bowl nominations. Aside from the Saints’ power-quadriga of Sam Mills, Rickey Jackson, Vaughn Johnson and Pat Swilling (who together garnered fourteen Pro Bowl honors and the last of whom saw a game in the Dome in 1994), Saints linebackers have produced a grand total of four Pro Bowl selections. Defensive linemen have accounted for eight Pro Bowl selections, and that is all in forty-six seasons of football. Just for the sake of comparison, Pittsburgh Steelers defensive backs, alone, have accounted for fifteen All-Pro selections and 35 Pro Bowl selections in the same timeframe.

In 2012, the arid years prior finally yielded a poor harvest. That the Saints defense was “historically” bad has been oft stated, but a comparison to the true franchise nadir, the all-time worst Saints defense of 1980, shows just how bad the 2012 edition really was. The 2012 Saints defense was worse than the 1980 Saints defense on almost all fronts, including total yards allowed, yards per play, first downs allowed, yards allowed per passing attempt and yards allowed per rushing attempt, and both bear a striking similarity in sacks and turnovers. There were two main differences: the 2012 Saints had a +7 scoring differential and finished 7-9 while the 1980 Saints had a -196 point margin and finished 1-15. The key was obviously that the 2012 Saints offense was nearly the same juggernaut it had always been under Sean Payton, even if he was not physically present on the sideline, covering up what was by all measures a legitimate contender to be the worst defense in the franchise’s history.

Into this breach, which may really be a canyon, now walks new defensive coordinator Rob Ryan. In his nine years as a defensive coordinator, only once has he produced a top-ten defense in either yards or points (the 2006 2-14 Oakland Raiders, who finished third in yards allowed). His teams have been known for adopting the swagger and aggressiveness that are the hallmarks of the Ryan defensive brand, stemming also to his brother, Rex, and his father, Buddy, whose coaching tree extends to Bud Grant, Weeb Eubank and even George Halas. Several players have been pegged as most likely to prosper under Ryan’s new 3-4 scheme, including Cameron Jordan, Curtis Lofton, Victor Butler, Martez Wilson, Junior Galette, John Jenkins, Kenny Vaccaro, Kenyon Coleman and Keenan Lewis, but perhaps none hold as much promise as Akiem Hicks. It was not long after Ryan’s hire that word began to spread that the Saints would be moving Hicks around the line. Though concentrating on defensive end, he appears to be destined for a specialized hybrid position in which he will be featured in certain key situations at either left or right end or nose tackle, leaving opposing offenses severely at a disadvantage in game planning. Playing all three positions requires a rare physical versatility and mental acuity, yet as early as January, the Saints already seemed attuned to the possibility that Hicks was well suited in just that regard. At 6’5”, 324 pounds, with incredibly long arms (almost a three-foot reach, ideal for blocking throwing lanes), if used properly, Hicks could create havoc as a defensive wrinkle in much the same way Sproles does on offense.

Though they attained it most notably in 2009, and maybe only then, under Sean Payton the Saints have been in constant search of a defensive scheme that would match the philosophy of the offense by confronting opponents with multiple mismatches manned by a deep bench of constantly refreshed and multifaceted athletes who could ably line up in several different positions and take on a variety of roles. Typically such players would not fit into most traditional systems, but in the Saints’ they found a home and one where they could excel. Hicks certainly meets the profile of the kind of player that has made the offense so dynamic; besides his extreme athleticism, he is intelligent and well spoken and yet, all the same, surely extremely hungry to prove himself.

Hicks was recruited by LSU, and could potentially have been another in a long line of first-round picks on the Tigers’ defensive lines under Nick Saban and Les Miles, but was forced to take a long detour far off the major college conference circuit. After the 2012 draft, some may have considered him a reach as a third-round draft pick, but for a team like the Saints, Hicks is like a prime first-round pick as there are few who could so well match what they are looking for. In the end it is all about value on the field. It is difficult to say if this year the Saints and Ryan will finally find the defensive glory that has so long eluded them, but if they do, it will have to begin with Akiem Hicks.

230
previous Benjamin Watson: A Perfect Fit
next It’s Up To Us: How Sports Can Help Save New Orleans