An old joke goes, “It’s easy to quit smoking. I know because I’ve done it hundreds of times.” Of course, the truth underlying this joke is that it’s really, really hard to quit smoking cigarettes. It’s been said that first-time quitters suffer the same 75% relapse rate as recovering alcoholics and heroin addicts.  Luckily, many Louisianans now have access to entirely free resources to help them quit. 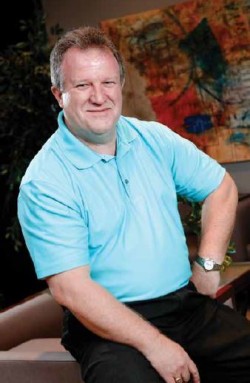 “We have created the only 100% free smoking cessation program in the country that covers all possible types of treatment,” said Mike Rogers of SCT Management Services. “There’s no cost to smokers, physicians, employers or health insurers.”

It’s major tobacco companies who are picking up the tab. The “SCT” of SCT Management Services stands for Smoking Cessation Trust, and this trust was created in the wake of a class-action settlement against Big Tobacco. The original case, brought by two local women in the 1990s, took over 14 years to wind its way through the court system. The tobacco companies’ last appeal attempt failed in 2011, and soon after, Smoking Cessation Trust was formed.

Its free services include access to telephone quit lines, counseling services, doctor visits and pharmaceuticals such as over-the-counter nicotine patches as well as prescription drugs like Chantix®. But a smoker must meet two conditions to qualify: he must be a Louisiana resident and must have started smoking sometime before 1988.

“A particular law changed in 1988, which made the class of the class-action settlement limited to people who began smoking before then. So we are providing services only to people who are currently 35 and older,” Rogers said, “but younger people can and do qualify. People have said things like, ‘I used to sit at the kitchen table on my aunt’s lap as a child, and she’d let me puff on her cigarette.’ People have those stories, and they’re real.”

SCT does not provide any of the smoking cessation services itself. The judgment does not provide it with the funding to do so. Instead, the organization’s role is to set up the infrastructure for these services in order to direct smokers to third-party providers. Likewise, SCT does not have a marketing budget to publicize what it does, so it must work with doctors, hospitals and insurance groups to get the word out.

The organization does have a website, however: SmokingCessationTrust.org.  Smokers can go there to fill out an application that is sent to a managing judge for approval. According to Rogers, only 2% of applicants get turned down, and that’s typically because they’re too young or they’re not Louisiana residents.

“Since we began in July of last year, we’ve processed over 5,000 applications,” Rogers said. “But since we’re so new, we don’t yet have a feel for how many people are actually quitting. People sometimes sign up with good intentions but don’t do anything. Others join so we’ll cover the medication they’re already using.”

Evidence shows that a combination of medication and group counseling works better than just one or the other by itself. Participation in group counseling remains low, but with an expanding number of providers, that may change.

Smokers would be advised to sign up sooner rather than later, because SCT has a ten-year lifespan. After that, the judgment expires, and funding will disappear. “It is our dream that we may be able to get other funding and can cover other populations not in the class,” Rogers said. “My personal dream is that we’ll discover what treatments or combinations of treatments offer the best results for the lowest cost. Because we’ll cover all treatment modalities for a long time, we’ll have a wealth of data that’s unprecedented.”

Rogers joined SCT after 15 years working as a self-employed healthcare consultant in a business he shared with his wife. Rogers’ role was to advise insurance providers and hospitals on their managed-care plans. Before that, he worked for large health insurers like Aetna.

“It was hard for me to return to a ‘real job,’ one that entails going to the same office five days a week and working on one set of issues,” he said. “There’s not as much variety, and I also had to give up some freedom with my lifestyle. Still, I don’t have to travel like I used to.

“But it was the community service aspect of this job that pulled me in,” he added. “I’m responsible for creating a program that directly affects people’s health. We expect to help well over 100,000 Louisiana residents quit smoking over these ten years. It’s been said around here that we’re doing God’s work, and I’m inclined to agree.”