The 610 Stompers: Deacons of Dance 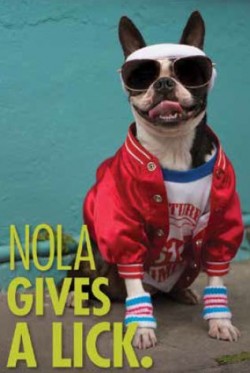 Since they first donned their now-famous dancewear of tube socks, red satin jackets and powder blue coaches’ shorts to cut a rug at the pre-Super Bowl Buddy D Dress Parade in 2010, the 610 Stompers, New Orleans’ first and only all-male dance crew, have become a local legend. The mustachioed men with the scintillating steps went on to perform for millions more in the public arena, wowing the masses at multiple Mardi Gras parades and on “The Today Show,” “The Tonight Show” and even at the Macy’s Thanksgiving Day Parade. On Saturday, November 2, these charitable dudes will step up in their boogie shoes and make the Hyatt Regency New Orleans’ Empire Ballroom their stomping ground for a festive evening, dancing their hearts out at the Howling Success Patron Party & Gala, where they plan to entertain, enlighten and inspire partygoers to shake what their mamas gave them!

The 610 Stompers have become such an iconic part of New Orleans culture that their likeness is even portrayed in the SPCA’s new “Give a Lick” public service campaign. The ad features Max, a Boston terrier, as a 610 Stomper, as well as other SPCA adoptees. In other exciting news surrounding the ordinary men with extraordinary moves, the third official 610 Stompers calendar, which immortalizes the deacons of dance for the entirety of 2014, will be available mid-November.

New Orleans Living had a rousing time with Brett Patron, aka SLAB, the mastermind behind the lords of dance, who made us proud to have such fabulous ambassadors swishing, swaying and sashaying for great causes in our beloved city.

Hi Brett! The 610 Stompers will be performing at the Louisiana SPCA’s Howling Success, the party of the year in New Orleans!
We’re excited about it! We’re going to do our thing and hopefully entertain everyone with some of our own dances. It’s just not a complete night for us unless we can get people out on the dance floor to join us. Part of our mission is to get ordinary men out on the dance floor. Of course, their ladies always love to join ‘em.

It is awesome that the Louisiana SPCA has been around so long. It’s a great organization and we’re just happy to help. Unfortunately, I am very allergic to animals, especially to cats and dogs. My children hound me all the time for pets. We have fish. That’s about as far as I can go without having an allergy attack! (Laughs.) But there are a lot of animal lovers within the Stompers, many of whom adopted their pets from the SPCA.

How do you feel about being represented by that cute dog Max, who wears the Stomper uniform for the “Give a Lick” campaign?
It’s totally awesome. We just hope that people don’t think that we’re dogs! (Laughs.) No, it’s really cool. It’s funny to say we were honored that they wanted to dress a dog up like us, but we were. It was a fun idea that we thought would turn out great, and it did.

Max seems like he has a real 610 Stompers attitude!
He definitely does. I think I might have even seen a beer belly on him!

Your motto is “Ordinary Men with Extraordinary Moves,” so tell me about that magic that happens when you are all together and dancing.
You know, the magic takes a lot of work. Ordinary men don’t usually have a clue how to learn dances. (Laughs.) I didn’t know how to teach a dance. It’s definitely been a process that’s evolved over time. We practice and practice, knowing we’ll never get it perfect — it’s not like we’re the Rockettes. We practice hard to get it close to okay. (Laughs.) But that’s when the magic happens. We’ll take everyday chores and turn them into dance moves!

For people who don’t dance, what are they missing out on?
They’re missing out on freedom. Expressing yourself and feeling absolutely free, even for even a brief moment, feels incredible. I think it helps you enjoy life a little bit more.

Tell me about the Stompers’ debut at the Buddy D Parade in 2010.
Another dance group, the Pussyfooters, allowed us to dance at their charity event, but our first public performance was at the Buddy D parade. I think we stood out in a big way because it was a bunch of guys in dresses and then us — a marriage made in heaven. I call it “the Cinderella story of an all-male dance team.” We thought about wearing dresses, but luckily we made the right decision and decided to wear our uniforms.

And the Stompers uniform is pretty much recognized on almost an international level …
We hope so! We like to call it the “coveted red jacket.” (Laughs.) The shorts are the kind our dads and coaches wore back in the day. They’re not easy to find anymore. At first we had to buy them from a warehouse in Texas that only had a few left, but in extra large and small, so we had to shove guys into them and then make adjustments. Since then, we tell people they’re custom-made in heaven!

Well, you’ve come a long way. Before the 610 Stompers, all we had around town were the female dance groups.
We hope that we’re inspiring guys to dance more. That was our goal. To tell you the truth, our goal was just to go out and have fun, but the more we talked about the idea, the more we wanted to try and inspire people, and I think we’ve done that, so hopefully we continue to do that and get guys out on the dance floor. We want to keep spreading the word, not only about the Stompers, but about New Orleans and the unique lifestyle we live and love.

Do the Stompers and other dance groups like the Dance Connection get along? Are there any Lady Gaga/Madonna sorts of rivalries?
There’s definitely a little bit of a rivalry whenever you’re around another dance team, whether it’s male, female or even kids. There’s a little bit of competition on our mind at all times, but for the most part, we’re all encouraging each other because we have the same mission. It’s funny you ask, because we were inspired by those groups, and we’ve reached out over the years and have become friends with some of them. At our auditions in August, my wife surprised me by having the Dance Connection show up and do a little birthday dance for me and my friend Daniel Maurin, who’s a co-founder of the Stompers. It was a dream come true!

The 610 Stompers don’t disappoint at the Mardi Gras parades because someone’s always performing, unlike other marching bands or dance groups that seem to be on a break when they finally get to you on the parade route.
Yeah, that’s something that always aggravated me, so we came up with a system that we call “The Patented 50-50,” where half of our guys are behind our sound truck resting, hydrating, taking pictures, high-fiving and getting the crowd excited, while the rest of the guys are up front shaking their thangs!

Tell me about the ladies who protect the 610 Stompers while they perform.
We have an all-female security force called the 610 Splits. They’re tough. Crowds on the parade route can be ferocious and drunk; without the Splits, we’d be lost. Their motto is “Don’t Get Cocky with the Splits.” They don’t always intend to be mean or in your way, but it happens. They’ve embraced it and they do an incredible job!

For more information about Howling Success, visit la-spca.org/howlingsuccess
For details about the release party for the 610 Stompers’ third annual calendar, visit 610stompers.com