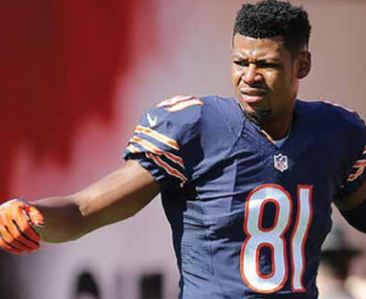 The New Orleans Saints exited the 2017 season in a quandary: having found their groove with a supremely balanced offense featuring both run and pass, young stars and experienced veterans, — and a front line meshed with terrific athleticism — it all came crushing down within seconds of what would have been their third appearance in an NFC Conference Championship game, all under head coach Sean Payton. Without belaboring the sheer awfulness, a practical football tragedy if there can be such a thing, what emanated from the ashes of Stefon Diggs loping untouched into the end zone was the simmering awareness that some elements were still missing from a team seeking to return to the Super Bowl.

In that finale against the Minnesota Vikings in the divisional round of the playoffs, there were moments that presaged the infamy that followed — if not made it inevitable. Among them were a scoreless first half, but also two key possessions in the fourth quarter when the Saints failed to convert key third-and-one opportunities. Despite this fact, Drew Brees led the team to what would have been truly one of the greatest all time comebacks in NFL playoff history, overcoming a 17 point second-half deficit — if not for those final 14 seconds. The tendency is to focus on the blown defensive coverage call, which led to Diggs’ final breakaway catch and run, but the context of what happened is that the Saints would not have been there in the first place if they had managed to do more on offense.

Perhaps by design, or perhaps due to personnel, the Saints, long known for their diverse playbook that offered diverse receivers as a feature, fell into a habit of ignoring their third wide receiver, Willie Snead, for much of the year, and the Vikings game was no exception. Though Snead, a found treasure of the Saints, did indeed have a clutch reception on a fourth-and-10, which led to a seeming winning field goal at the near end of the game, he also badly missed on a pass to a wide open Alvin Kamara, who was breaking free in the defensive backfield, and Snead was absent for most of the rest of the game plan, as he had been for much of the year. Not long into the offseason, Payton described obtaining a wide receiver via free agency or the draft as a “must.”

It is in that context that the Saints took the major step of signing restricted free agent wide receiver Cameron Meredith away from the Chicago Bears. It is reminiscent of another free agent signing the Saints made years ago with Brees. Coming off a major injury and facing competition from a highly drafted rival at the same position, Brees was let go by the San Diego Chargers. In much the same way, Meredith suffered a severe combined injury in 2017, consisting of tears in both his ACL and MCL, and, in 2018, he was staring down the likelihood of losing opportunities to former high first-round pick Kevin White. Indeed the Bears declined to match the Saints’ contract offer of two years and approximately $10 million on the basis of “medical reasons.” Further creating a mix of controversy was the fact that former Saints’ player personnel chief Ryan Pace was the Bears general manager passing on Meredith, while Saints wide receivers coach Curtis Johnson, who once held the same role with the Bears, had coached Meredith and had recommended him.

Beginning in 2015, Meredith broke out as an undrafted free agent from lower division Illinois State when regular well known starters Alshon Jeffery and Eddie Royal were hurt for extended periods. Despite little being expected of him by the media or public, Meredith simply performed whenever asked, showing a smooth, fluid running style; sure hands; and versatility in both the deep and possession games. In 2016 he grew into a featured role opposite Jeffery, and, at times, exceeded him as he piled up four games of 12 or more targets and more than 100 yards receiving. Ultimately Meredith would lead the Bears in targets (97), receptions (66), and receiving yards (888) and touchdowns (4), and he did this while playing for a losing team and a motley assortment of mediocre quarterbacks such as Brian Hoyer, Jay Cutler and Matt Barkley. By the 2017 offseason, which included the departure of Jeffery, Meredith was set to become the Bears’ No. 1 wide receiver — until he suffered his injuries toward the end of the third exhibition game, which then prevented him from playing the entirety of the regular season.

In signing Meredith, the Saints are demonstrating the same sort of faith they showed in Brees back in 2006, and he seemed to know it and appreciate it as he thanked the team for not only signing him but also for believing in him. Meredith has stated that his rehabilitation has been progressing; that he has been gaining strength daily; and that his goal is to be ready for the start of training camp. Meredith had offers from the Colts and Ravens as well, but he expressed appreciation for the Saints’ positive locker room, the presence of Curtis Johnson, their offensive style, their tradition and the city itself in explaining his decision.

“I’m excited to be out there in New Orleans,” Meredith said. “To be a part of the winning tradition, great fans, and great city. … C.J. [Johnson] was a big part of my success in Chicago. To be able to rejoin him in New Orleans and get back where we left off like nothing really happened [is important]. … I just feel like Coach Payton and the Saints have a plan for me coming in and they made that pretty clear. I’m excited to be a part of the offense and do what I can.”

Meredith will be a featured part of the Saints’ offense in 2018, and his addition is a major plus in their challenge to go further in the playoffs.