Man Behind the Scene 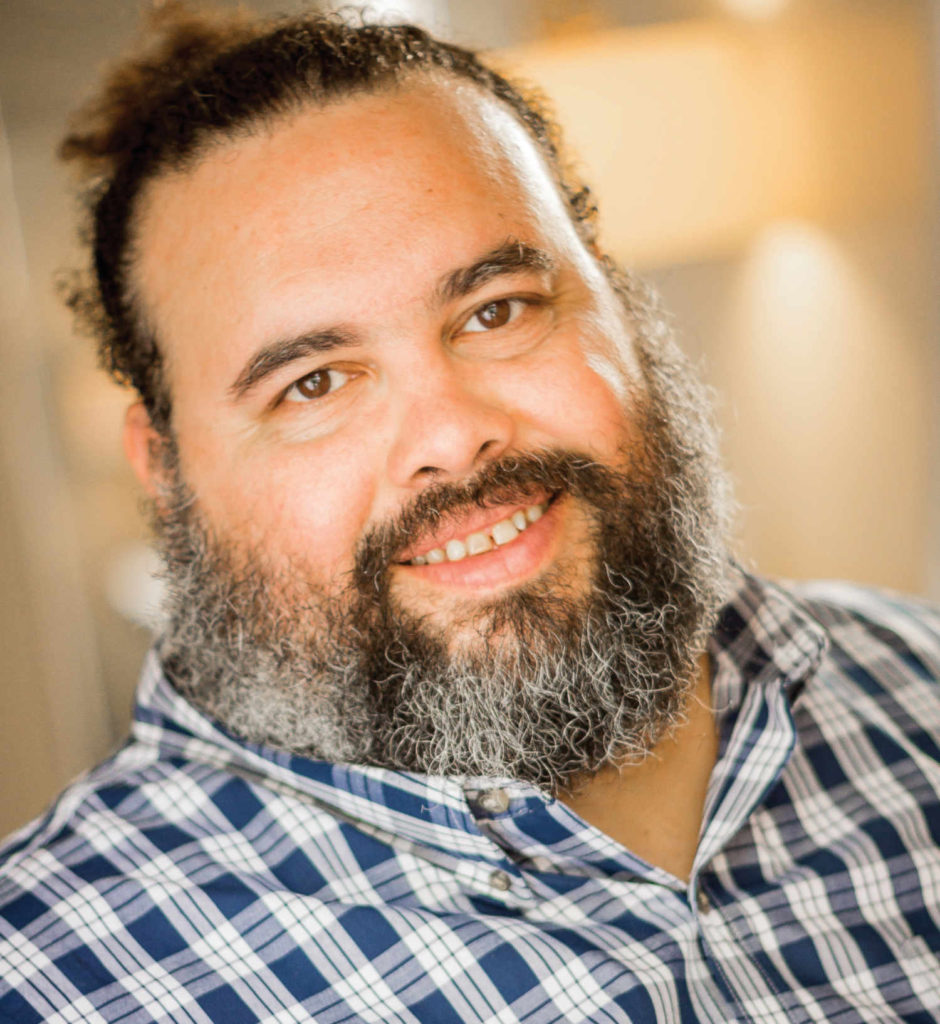 Pedro Lucero, partner, producer and creative director at AQUI Productions, is a native New Orleanian through and through. He was born at Mercy Hospital; he grew up in Terrytown and in Kenner; and he currently lives Uptown. He first became interested in film as a child watching Godzilla movies. “I was fascinated with the way set design made you feel like you were in another world,” he says.

He decided to pursue film as a career, and he says it took awhile to break into the business. He started doing security and locations in the late 1990s, and he was one of the few entertainment managers on Bourbon Street for multiple clubs at the same time. “This gave me the edge when stepping into being a producer,” he says. “My early projects were commercials and a couple of acting gigs. Popeye’s [Louisiana Kitchen] was one of the earliest I can remember as a background actor. I landed the small role of a security guard because I was doing security on another commercial set.”

Hi role at AQUI Products includes everything that comes with having a production company, but he says is favorite part is the creative aspect. “We also provide event coordinating services,” he says. “It seems I can’t shake years of running clubs.” His current projects include wrapping up a documentary that he started close to five years ago about a transgender friend who lives life as both a man and a woman. He’s also in the process of putting together two other documentaries, writing a series and a film, and helping with the New Orleans Film Festival. Lucero also is putting together a class for film and TV producers to learn in-depth details about the business that typically aren’t discussed in film schools.

Lucero also has been involved with 48 Hour Film Project — a weekend event in which teams write, shoot and edit a movie in just 48 hours — by working with Alex Garcia and Bill Rainey to coordinate and bring in more teams. He has also been the artist travel coordinator for Festival International Du Louisiané in Lafayette for years.

In addition, Lucero has worked on the hospitality coordinating team for the New Orleans Film Festival, and he says that the festival does a great job of highlighting why New Orleans is integral to the film industry. “What we do is important to keep the industry striving here,” he says. “NOFF is involved with many other organizations in the community and is working year-round. Our core staff is never given enough credit for all the work they do.”

While he has too many favorite memories of past festivals to mention, he says he always enjoys attending the afterparties and mingling with NOFF staff and filmmakers. Of the 220 thought-provoking films at the 2018 festival, Lucero says his favorite was Buck Jumping, a feature-length documentary directed by Lily Keber about dance traditions in New Orleans. And his favorite film of all time? “This is a hard question for most filmmakers,” Lucero says. “This isn’t like, ‘What’s your favorite food or color?’ Mine changes like the seasons. At the moment, it is Michel Gondry’s The Science of Sleep.”

Now in the New Year, Lucero is looking forward to his future in film — one that involves telling great stories. “My life goals? To do everything and tell stories about it,” he says. And if he could work with anyone in the film industry? “Gael Garcia Bernal or Guillermo del Toro,” he says.

In addition to these inspiring film producers, Lucero says it is his friends and family who inspire him, along with his own life experiences. And those are the stories he wants to tell. “Please help your friends in the film industry,” he says. “Things are expensive, and our medium of art is one of the most expensive. We want to tell stories the best way we can and to be remembered.”

912
previous Chris Poché
next Getting Busy With It