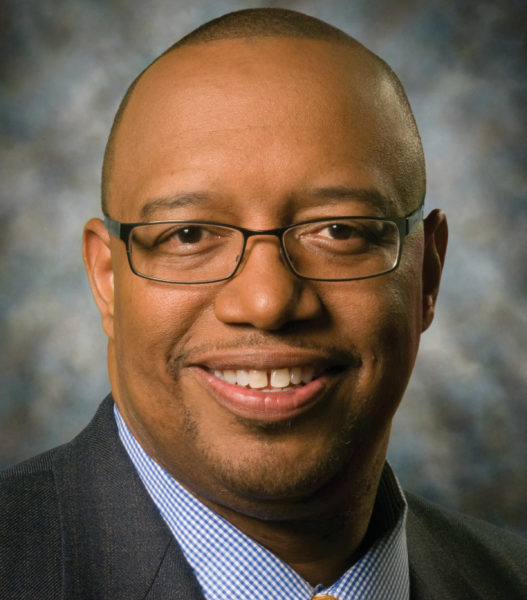 For Tod Smith, president and general manager of WWL-TV, today’s media landscape is one that reaches far beyond television. He was recently awarded the inaugural Visionary 100 Award at the Southern Public Relations Federation annual conference from The 100 Companies, which is the world’s first public relations publishing network that delivers stories via eNewsletters, websites and social media to markets throughout its network (currently 21 markets around the world). Smith was chosen as the recipient of the award thanks to his positive impact on the media landscape as the founding premier partner of The New Orleans 100. He was the first media sponsor associated with any 100 Companies affiliate.

Smith, who was born and raised in the 9th Ward, began working at WWL-TV in 1980, while he was a student at Loyola University. He stayed for four years, returned in 1993 for 12 more years and assumed his current role in 2012. He is responsible for the operation of the station, setting strategy and direction for all news, sales, marketing and operations.

Smith partnered with Betsie Gambel, president of Gambel Communications and publisher of The New Orleans 100, back in 2016 as a way of connecting with clients and the community in a new and different way. That meant using his industry knowledge and insights to adapt to and embrace digital market shifts. “Today, our business is so much broader than just television,” he says. “We communicate with people across several platforms, and we are always interested in creating a deeper connection with our community and with our clients. Gambel and The 100 Companies provided us with a unique opportunity to do just that. It certainly affords an opportunity to expand the conversation about our brands, what we do in the community and just lets us talk a little more about who we are. There’s always a need to connect with consumers in a deeper, more meaningful way and The New Orleans 100 is a great tool for that.”

Over the years, The New Orleans 100 has evolved from being a simple marketing tool to now being a true information resource. “I see that evolution continuing, and I see The New Orleans 100 expanding its presence to not only the business community but to the general public as well. When you read it, you learn something new.”

Recently, WWL-TV covered National Adoption Month, featuring Volunteers of America of Southeast Louisiana; the topic was introduced to the station via The New Orleans 100. WWL-TV also used The New Orleans 100 as a resource for other stories about tourism and other local industries.

According to Smith, the most significant change in today’s media landscape is the explosion of media specific to individual niches and interests. “That can be both good and bad,” he says. “Just think about it — podcasting, social media and the growing number of choices that exist have given voice to a countless number of content creators. I don’t see that slowing down at all. For traditional media platforms, we have to continue to look at the platforms merely as distribution systems. Content is truly the business we are in, and consumers will dictate when and how they choose to receive it. If we embrace that concept and understand our place in the changing landscape, we’ll be fine. Another challenge revolves around knowing the source of much of the information available at our fingertips. Verifying that information is more important today, than it ever has been because of the ease of distribution and the speed at which information can spread.”

Smith, who is actively involved with several philanthropic groups, including Volunteers of America, United Way, Covenant House and the mentoring organization, the Silverbacks, says he was surprised to win the Visionary 100 Award. “I think it had everything to do with seeing beyond the immediate and imagining the possibilities,” he says. “Our team is always looking for the next big thing, and we felt that this was it. I still believe that The New Orleans 100 will continue to evolve and grow, and we are certainly hoping to be a big part of that growth.”

As a true lover of New Orleans, Smith says that we live in one of the most beautiful and unique places in the world and that the Crescent City has a way of bringing people together. “Even with all its quirks and sometimes head scratching moments, we have a multitude of things to celebrate — people, culture [and more],” he says. “I see The New Orleans 100 as a way to remind each of us of that.” theneworleans100.com, wwltv.com